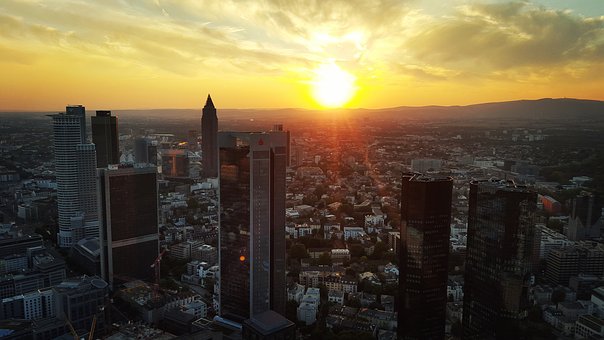 Our latest monthly investment update for February 2022 looks at how the global investment markets, economy, and commodities are performing.

European markets started the month in positive territory as fears about a military conflict in Eastern Europe subsided, and attention turned to US monetary policy instead.

A more hawkish approach to rate hikes among several US Federal Reserve officials offered hope that interest rates there could stay lower longer.

Markets in the US were volatile at the start of February, as investors considered new economic data and awaited earnings reports from big tech companies.

US market volatility is a current theme as investors anticipate an aggressive bout of monetary tightening by the Federal Reserve.

Despite a strong performance for the S&P 500 and Nasdaq on the final trading day of January, their largest two-day gains since April 2020, both indices delivered their worst monthly performance since March 2020.

The International Monetary Fund (IMF), publishing its latest outlook, has concluded that the global economy starts the year in a weaker position than previously expected.

A combination of the new Omicron Covid-19 variant, rising energy prices, and supply chain disruption have resulted in higher and more broad-based inflation than anticipated, especially in the United States and emerging markets.

In China, the growth forecast was downgraded by 0.8 percentage points due to the zero-tolerance Covid-19 policy and prolonged financial stress among property developers.

The IMF expects elevated inflation to persist for longer than previously expected, mainly due to ongoing supply chain disruptions and high energy prices. However, they believe inflation should gradually decrease as supply-demand imbalances wane this year, and tighter monetary policy acts as a brake.

House price growth in the UK was recorded at its fastest annual pace for a January in 17 years, with robust demand and low supply.

Robert Gardner, chief economist at Nationwide, said: “A 10% deposit on a typical first-time buyer home is now equivalent to 56% of total gross annual earnings, a record high. Similarly, a typical mortgage payment as a share of take-home pay is now above the long-run average, despite mortgage rates remaining close to all-time lows.”

Financial markets are pricing in a very high probability of a further interest rate hike when the Bank of England’s Monetary Policy Committee meets later this week.

The Bank rate is expected to rise from 0.25% to 0.5% at the February meeting, with a tighter monetary policy designed to slow down rising inflation.

New figures from the Bank of England suggest that consumers are starting to run down the savings they accumulated during the pandemic to cope with rising prices.

Threadneedle Street data showed a fall in the amounts deposited in savings accounts and National Savings in December, at £3.2 billion, less than a third of the average saved in the previous 12 months.

At the same time, consumer credit increased by £800 million, including a £400 million increase in debt on credit cards.

Benchmark Brent Crude reached $90 a barrel in the final week of January, with widespread expectations the oil price will reach $100 a barrel this year. The oil price is being driven higher by geopolitical concerns and a tight market for supply.

The latest Purchasing Managers’ Index from IHS Markit rose to a five-month high reading of 58.7 in January, with an index reading above 50 suggesting expansion. A separate index measuring output, considered a decent gauge of economic health, rose from 53.8 to 55.4.

Passengers across Britain are facing a third day of travel disruption as rail strikes continue.

The government is calling a review of the plans which include a smaller shop, offices and a gym.