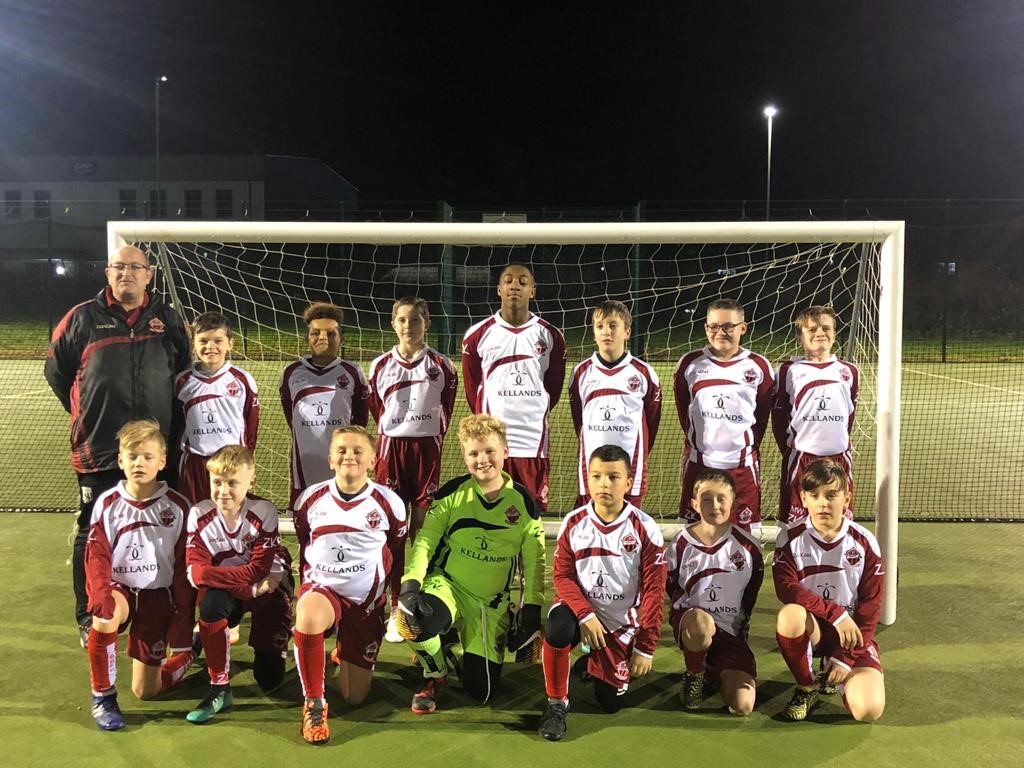 Kellands Gloucester is delighted to be involved in sponsoring the Quedgeley Under 12 football team.

Quedgeley Under 12s are a local Gloucester football team who are coached by three experienced and knowledgeable coaches/parents – all of whom have previously played at grassroots level.

Two of the coaches are fully qualified to the FA level 2 standard, and spend plenty of time preparing exciting and fun training sessions. There is a lot of emphasis put on possession football, keeping the ball by passing and moving off the ball. The main aim of the team is to see everyone smiling and having fun.

The team originally started in 2015 at under 8 age group. The team is a squad made up of local kids who mainly go to school together. All players are comfortable and confident on the ball and some great team goals have been scored, with even the opposition coaches appreciating it.

As well as their performances on the pitch, we think that with their new kit, they certainly look the part as well!