Here’s what you need to know about the Budget 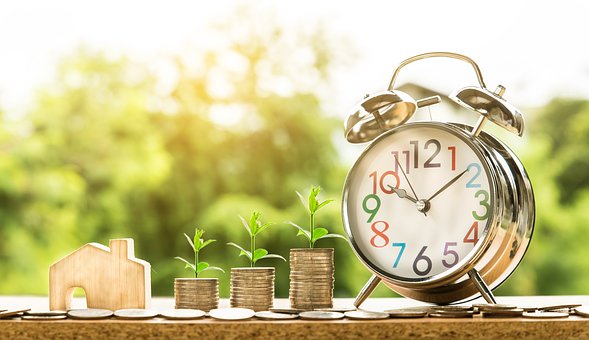 Chancellor Philip Hammond has delivered his latest Budget to parliament, the first to take place on a Monday since 1962.

It was also the longest Budget speech in a decade, with Hammond announcing an end to austerity and some generous tax breaks as economic forecasts suggest a smoother ride ahead.

Quoting figures from the independent Office for Budget Responsibility, he explained the deficit has fallen by four-fifths since 2009/10. Back then it stood at 9.9% of GDP, falling today to reach 1.9%.

According to the Chancellor, public debt peaked in 2016/17 and is now falling.

Average spending on public services is forecast to grow in real terms by 1.2% each year, from next year through until 2023/24.

Hammond was in a relatively jubilant mood, confirming that the UK economy has grown in each year since 2010, with projections suggesting it will continue to grow in each year of the forecast term.

He also talked about the unemployment rate standing at its lowest in more than 40 years, with more than 3.3 million more people in work than there were back in 2010.

In fact, the Office for Budget Responsibility is forecasting 800,000 more jobs by 2022.

Despite these positive figures, the Chancellor reaffirmed his fiscal rules and promised to upgrade the Spring Statement next year to a full Budget, should this prove necessary to keep the economic forecasts on track in the light of Brexit.

Hammond saved his biggest announcements until the end of his speech; a faster-than-planned increase in the income tax personal allowance and higher rate tax threshold.

This means that the personal allowance (the amount you can earn free of income tax each year) will rise to £12,500 in April 2019. This formed part of a Conservative manifesto pledge, but is now happening a year earlier than promised.

It was a long Budget speech but pensions were notable by their absence.

Within the accompanying Budget papers we discovered that the lifetime allowance for pension savings will rise to £1,055,000. This is slightly higher than expected, with the September figures for the Consumer Prices Index suggesting the new lifetime allowance would be £1,054,800.

There was plenty of speculation ahead of the Budget that pensions tax relief was under threat. However, no changes were made to the annual allowance for pensions, associated rules or tax reliefs.

“The Chancellor’s windfall from better-than-expected borrowing forecasts meant that he did not have to cut back pension tax relief in this Budget.  But having described the system as ‘eye-wateringly expensive’ it is likely to be only a matter of time before this Chancellor – or his successor – comes back for more.   Today’s respite for pension tax relief is likely to be only temporary.”

The Budget also featured very little for savers, other than some minor changes to Premium Bonds from National Savings & Investments, making these more accessible in the future by lowering the minimum investment amount to £25 and making it easier to gift them to a child.

The annual subscription limits for Individual Savings Accounts (ISAs) will stay at £20,000 next April, but the Junior ISA allowance will rise in line with CPI price inflation to reach £4,368.

This same limit will also apply to Child Trust Funds (CTFs), although a consultation will be published next year to consider draft regulations for maturing CTF accounts.

Business owners will be relieved to hear that entrepreneurs relief on capital gains tax remains in place, despite calls for this tax break to be scrapped. The qualifying rules do however become slightly more onerous, with the minimum qualifying period extended from 12 months to 24 months, from 6th April 2019.

As with every Budget, the devil is in the detail and it could take some time for all of the nuances from this Budget to become fully apparent.

In the meantime, contact Kellands if you have any questions about the impact of this Budget on your own personal financial planning.