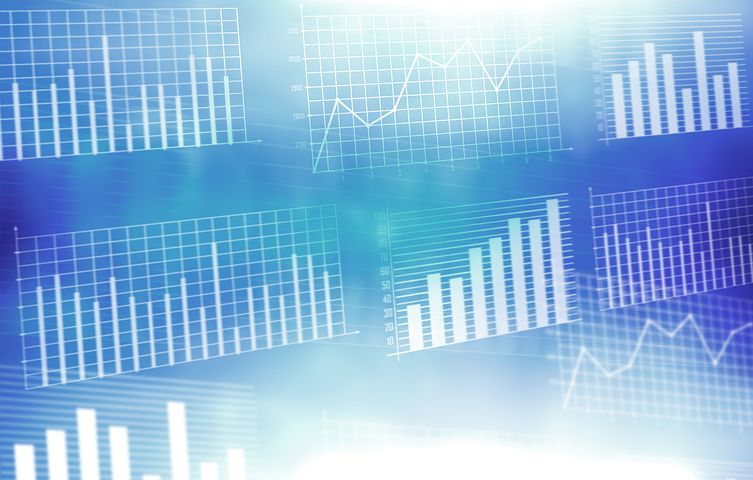 As 2018 enters its final month, we have taken a look at how the investment markets, global economy and commodity prices are performing.

The Office for National Statistics (ONS) released third quarter data showing that the UK economy grew by 0.6% in the three months from July to September, up from 0.4% in the second quarter. The third quarter figure is the highest since 0.7% growth during the fourth quarter of 2016.

ONS head of national accounts Rob Kent-Smith said: "The economy saw a strong summer, although longer-term economic growth remained subdued. There are some signs of weakness in September, with slowing retail sales and a fall back in domestic car purchases.”

After 20 months of negotiation, November saw a draft Brexit deal approved by the European Union at a Brussels summit.

While this is a step towards a Brexit deal, MPs still need to vote on the plan on 11th December. A negative vote outcome will lead to further uncertainty as Theresa May and her government will only have until 21st January 2019 to put forward a new plan.

The Bank of England (BoE) published its analysis on how leaving the European Union could affect its ability to deliver its objectives for monetary and financial stability.

At a high level the analysis looks at the path the economy was on pre and post the EU referendum in June 2016 and compares this with the possible paths the UK economy could follow under a number of deal or deal outcomes.

In its 88 page report the BoE states that, ‘This analysis includes scenarios not forecasts. The scenarios illustrate what could happen, not necessarily what is most likely to happen under a range of key assumptions.’

The scenarios considered by the Bank all show that the UK could be worse off in terms of GDP under any form of Brexit than the path the economy was on before as at May 2016.

The best case scenario considered in the report shows lower GDP growth of 1.25% to 3.75% and the worst case shows lower growth of 7.75% to 10.5%, relative to the levels of growth the UK economy was expected to achieve pre the June 2016 referendum.

Data from the latest IHS Markit/CIPS UK manufacturing Purchasing Managers’ Index (PMI) saw a slight acceleration in the rate of expansion during November.

The rate increased from the 27 month low in October of 51.1 to 53.1 in November. The increase comes primarily from a rebound in new orders, mostly in the domestic market.

The latest PMI reading was still among the weakest registered over the past two and half years, indicating that the performance of the sector is still comparatively jaded.

Rob Dobson, Director at IHS Markit, commented that “The November PMI provided a lacklustre picture of the UK manufacturing sector, as ongoing global trade tensions and Brexit uncertainty weighed on current business conditions and dampened the outlook for the year ahead.”

Over in Europe, MEP Hans-Olaf Henkel, a former chief executive of IBM and president of the Federation of German Industries, has called for equivalent stress tests as carried out by the BoE to show the impact of Brexit on the European Union.

Mr Henkel said, “Latest predictions by economists show that Brexit makes Britain poorer, much poorer…It is time that the equivalent figures are being published on Brexit’s impact on the European Union…For Ireland, Netherlands, Germany, Spain and in fact most of the European Union Brexit will be an economic disaster too.”

Meanwhile in the US, the third quarter GDP growth was left unrevised at the annualised rate of 3.5%. This pace slowed from the previous quarter’s annualised growth of 4.2% but is likely to be strong enough to keep growth on track with the  3% target set by President Trump for the year.

Growth is being driven by the White House's $1.5 trillion tax cut package, which has given consumer spending a jolt and bolstered business investment. However, many economists expect that pace to slow next year as the effects of the stimulus fade.

There may be signs that the Federal Reserve will not maintain the pace of interest rate rises they have currently set.

Turning to China, the economy has slowed compared to last year, with growth expected to come in at 6.5% narrowly meeting China’s long-term GDP growth rate. Analysts at J.P. Morgan Chase expect that China’s economy will slow further next year to 6.1%.

However, Jing Ulrich, managing director and vice chairman for Asia Pacific at J.P. Morgan Chase, commented, "The important thing to note is the Chinese economy may be bending. It is not breaking," A growth rate above 6% would still mark one of the fastest in the world.

The world’s second largest economy has been involved with the US in a tit-for-tat tariff increase in billions of dollars’ worth of goods since the start of the year. The good news is that a sort of trade truce has been reached by President Donald Trump and Chinese President Xi Jinping at the G20 summit. This led to a fall in the dollar and a rise in the markets.

Looking at the global economy, Christine Lagarde, managing director of the IMF, has begun to warn global leaders not to assume that the rapid growth of 2017 will return soon. Across the world, “risks are beginning to materialise”, she says.

“The global growth rate clearly peaked late in 2017, since then there has been a noticeable reversion to the mean,” says Gavyn Davies, Fulcrum Asset Management chairman.

This mood has been reflected in equity price volatility. Falls in global stock prices in October took more than 9% off the MSCI World Index.

In a recent report on the likely trends for next year, Madhavi Bokil, a vice-president of Moody’s, said, “Growth in advanced economies will slow but remain solid in 2019, while G20 emerging markets growth will remain weak”.

She added that the world’s two largest economies, China and the US, will lose momentum next year.

Returning to the UK, house price growth remains subdued according to two of the largest mortgage lenders in the UK.

Halifax reported that house prices increased by an annualised rate of 1.5% in October, the lowest rate in more than five years.

Meanwhile, Nationwide reported an increase in house prices at an annualised rate of 1.6% in October and 1.9% in November. Its chief economist, Robert Gardner, said, “If the uncertainty lifts in the months ahead and employment continues to rise, there is scope for activity to pick up through next year.

We hope this summary proves useful as we enter the festive period and and as some start to think about investment planning for 2019. For more information and/or advice, contact Kellands.