Thoughts for savers and investors as inflation continues to rise 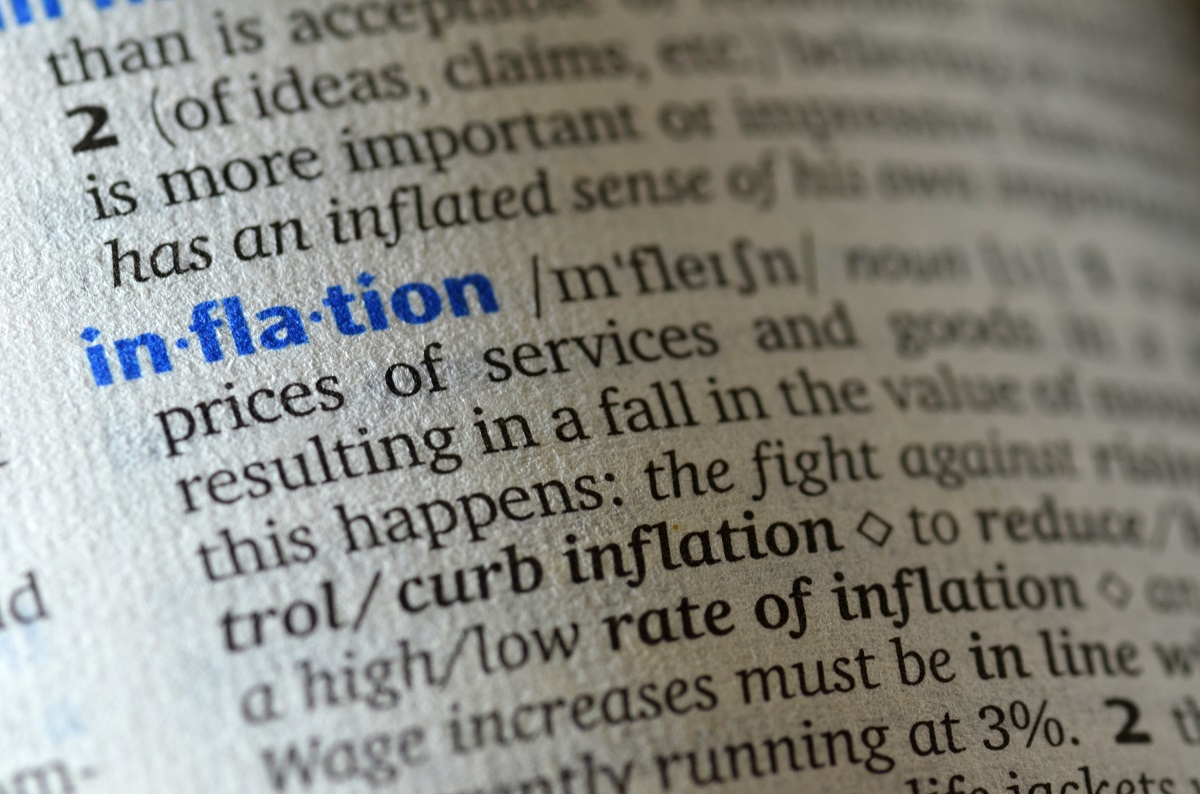 Price inflation in the UK is still rising, with the official rate up to 2.5% in the past year.

According to the latest official figures, the Consumer Prices Index (CPI) measure of price inflation rose to its highest level in almost three years in June.

CPI inflation rose from 2.1% in May to 2.5% in June following a further easing of Covid-19 restrictions.

The last time we saw price inflation this high was in August 2018, when the CPI figure reached 2.7% for the year.

Analysts widely expected inflation to reach 2.2% this month, and the 2.5% figure is higher than the Bank of England target of 2% for a second consecutive month.

Another measure of inflation known as core inflation, which ignores more volatile prices such as food and energy, rose from 2% to 2.3%.

Rising price inflation is still expected to be transitory, mainly due to the temporary effects of economic activity returning to normal following the pandemic. As a result, it is not anticipated that higher prices will force policymakers to hike interest rates.

Jonathan Athow, the deputy national statistician for economic statistics at the ONS, said: “The rise was widespread, for example, coming from price increases for food and for second-hand cars where there are reports of increased demand.

“Some of the increase is from temporary effects, for example, rising fuel prices which continue to increase inflation, but much of this is due to prices recovering from lows earlier in the pandemic. An increase in prices for clothing and footwear, compared with the normal seasonal pattern of summer sales, also added to the upward pressure this month.”

Looking at the underlying factors contributing to rising prices, clothing inflation rose to 3% from 2.1% a month earlier. Catering services inflation also increased, from 1.4% to 2.2%. Meanwhile, the average price of second-hand cars rose from 0.9% to 5.5%, contributing 0.08% to the overall rise in CPI inflation.

If we get a sustained period of higher inflation, it will squeeze many households, especially those that have been impacted by reductions in income as a result of furlough, unemployment or pay cuts. However, for those with excess savings accumulated during the pandemic as they stayed at home, these savings will help to alleviate financial pressures in the short term.

With rising prices, we also usually see salary increases. This could cause problems for the public finances, with the government’s commitment to the State Pension triple lock, which ties it to increase state pensions by the higher of 2.5%, consumer price index inflation and the average increase in earnings. Data suggests the latter is soaring as the economy recovers.

Obviously, for a whole generation of savers and investors, inflation is something new, as we haven’t had to give too much thought to it since the 2008 global financial crisis. However, with the potential for a period of much higher inflation, those with savings and investments should give careful consideration to its potential impact. Getting a return that keeps pace with inflation should be a priority.

Many people hold far too much in cash deposits and with interest rates at an all-time low, they are earning a pittance. With inflation rising, this should be the time to consider whether your mix between cash savings and longer-term investments is right.

Holding some cash savings for short-term needs and unforeseen emergencies makes sense, but holding too much does not, as its real value will be eroded by inflation over time. So, what are the options?

Government bonds, while considered “safe”, are not that attractive in a period of rising inflation. Ten-year gilts – bonds issued by the UK Government – currently yield just 0.75% and so are negative in real terms when consumer price inflation of 2.5% is taken into account.

In contrast, UK equities are yielding around 3.2% and so are ahead of inflation. With many businesses having resumed or increased dividend pay-outs as the threat of the pandemic recedes, UK equities have the potential for both capital return and rising income pay-outs.

As well as equities, you could also consider higher yielding corporate bonds, index-linked bonds and infrastructure investments to keep you ahead of inflation.

Whilst inflation isn’t yet something to lose sleep over, it is something that investors need to be aware of and should be preparing for. Savers and investors should be looking to reassess whether they have the right balance between cash and investments and whether there are steps they could take to help keep them one step ahead of inflation.

If you are thinking of reviewing your savings and investments, why not contact us today for an initial free, no obligation chat?

Please be aware that the value of investments linked to the stock market and the income from them, may rise or fall depending on market conditions and that you may not always recoup your initial investment. In addition, past performance should not be seen as an indication of future returns.

TSB to close another 70 branches by July

The bank had 475 branches just over a year ago, but a fresh round of closures will leave it with 220.